In a fully-3D world populated by beautiful, cell-shaded characters, players choose their favourite dinosaurs and get up to all manner of physics-y fun in an effort to dislodge their fellow dinosaurs from their block-top positions by throwing explosive-laden paper planes at one another, at the blocks they are standing on, and just generally around the place with considerable abandon.

Tell your friends about Dinosaurs: 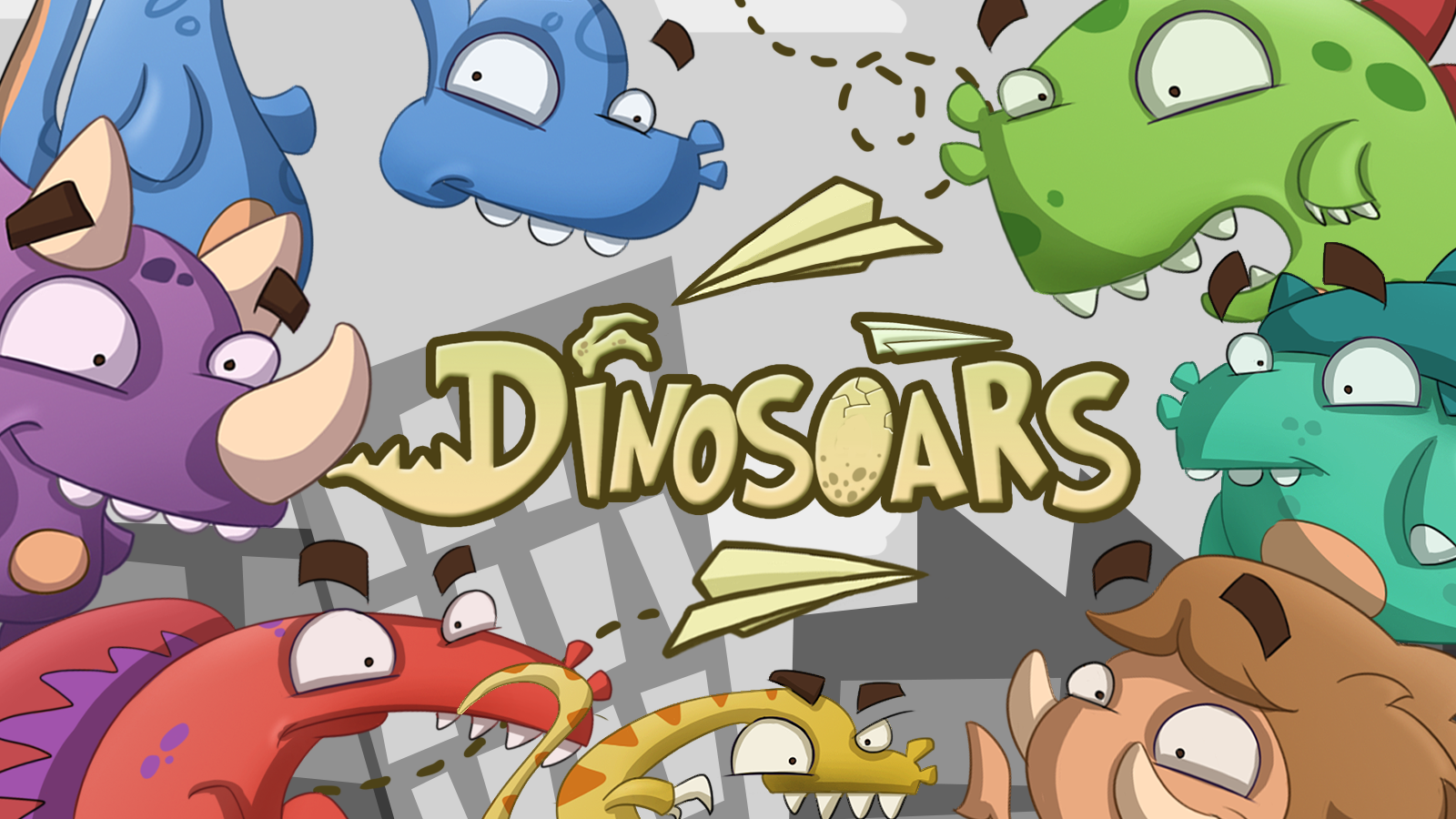 Scientists say that around sixty-six million years ago the Cretaceous–Palaeogene extinction event wiped out the dinosaurs for good. What definitely didn't happen was that the dinosaurs moved to another planet where they spend their time in large, colourful, building-block cities throwing exploding paper aeroplanes at one another. That would be too ridiculous to even contemplate. This game is clearly a work of fiction.

The game makes full use of a second-screen controller, using the touch screen for throwing planes and the accelerometer for tilting them in flight.

The second-screen functionality allows players to keep information secret from one another during pass-around multiplayer, and provides an alternative view to ease plane throwing. Dinosoars draws element from Worms, Pilotwings, and Paper Toss and adds dashes of Angry Birds and Minecraft and supports local and online multiplayer.

Dinosoars is in the early stages of development and is definitely not a documentary, whatever rumours you might have heard.