If you’ve attended a large tech conference or festival recently you’ll likely have noticed the ever-increasing presence of virtual reality. You might have seen Samsung showing off their latest incarnation of the Gear VR, a brand using VR as an experiential marketing tool, a company providing medical or engineering training, or a games company demoing a VR title. Whichever it was, it’s a safe bet there was a massive queue to get a demo.

We recently provided tech support for GSMA and Hurricane Media at Mobile World Congress in Barcelona. The stand we were looking after featured a VR experience that flew delegates through a virtual representation of the GSMA network, highlighting features and the product’s roadmap. To say it was popular is an understatement. 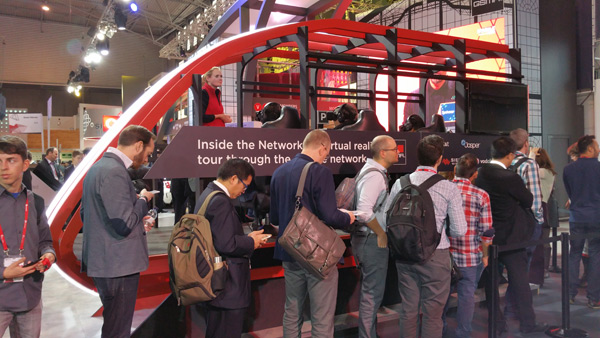 Swathes of people queued at the stand for a chance to experience virtual reality throughout the day, and even after we closed up at the end of the day, people were still asking for a go. Currently, there’s very little on the market that enables consumers to experience VR, and even when the Oculus Rift and HTC Vive do eventually become available, it’s likely going to be a while before anyone beyond the early adopters pick up the hardware; people want to try it.

Suffice to say, the stand we worked on at Mobile World Congress didn’t just attract the attention of delegates though, the press were interested too. CNN dropped by with a film crew to get a taste, and they grabbed an interview with GSMA along the way. 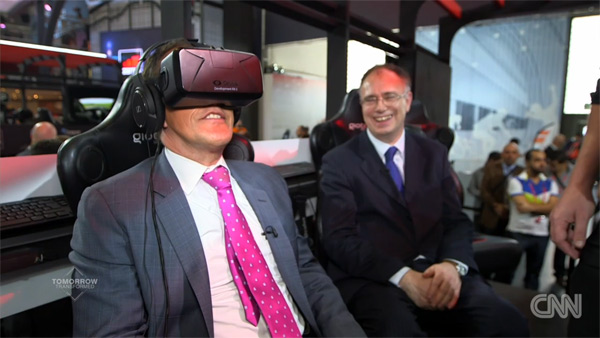 We were recently asked to showcase virtual reality at the Guardian’s forward-facing Changing Media Summit, an intimate conference with an incredibly high-profile delegate list. Once again we were inundated with interested delegates, all interested in how VR will affect fields from documentary-making to news reporting, films and television. 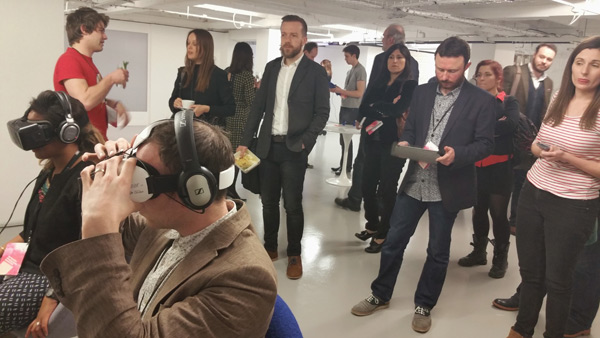 Put simply, VR garners a lot of attention, and creating an experience that promotes and explains your brand in virtual reality can be very effective. The quality of VR experiences continues to grow as companies such as ourselves explore the possibilities of what can be done.

Immersing your delegates and potential clients in the world of your brand is an incredibly effective tool. Not until now have brands had the opportunity to completely control exactly what their customers can see in 360 degrees, well without buying property and a whole load of props.