Opposable Games: What we learnt at VRTGO

What we learnt at VRTGO 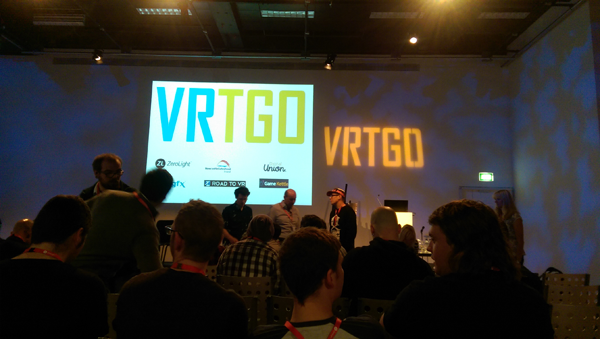 It was good, very good; informative and at times quite fun. The event definitely felt like a very real and incredibly interesting glimpse into things to come. This wasn't a conference aimed at a consumer market, instead being much more focused on the future of VR; stories of how projects came to be and speculation as to how, why and where we, as developers, going forwards.

There were some great guests in attendance, with presence from Oculus, Facebook, nDreams, CCP, Cloud Imperium, Bossa and Sony amongst others. There were some recurring themes throughout the day – stuff about what works and what doesn't work and where VR is headed. Here's a tiny digest on three of those topics.

If the Samsung/Oculus collaboration Gear VR is at least a little successful (and that is a big if at the moment), then we'll see multiple people owning matching, networked gaming devices, and you know what that means – multiplayer! Woop!

Multiplayer gaming is already a lot of fun in VR, with games like Team Fortress 2 and Couch Knights showing just the start of what can be done. But think a little further ahead from now and the implications of where VR is going in terms of communication are massive.

Skyping, if it's still to be called that, will be taken to another level when people start to communicate on a global scale with their VR devices. Couch Knights already delivers an impressive sense not just of your own presence in a virtual space, but of that of others. People are already delighting in the joys of this in its most basic form, simply seeing your opponent's body move around while they shift their heads is already pretty impressive.

The inevitable conversations on speaking to your grandma while sat on the moon came up throughout the day, but what was fantastic about seeing all these developers in one place was that these pie-in-the-sky ideas seemed ever so much more tangible than before. This will happen, we just need to actually get our collective rears in gear (no pun intended) and make it so. 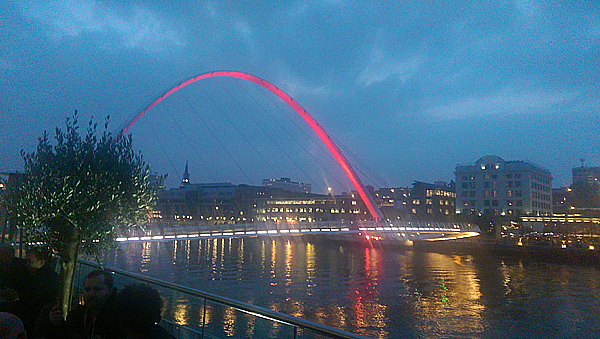 If you're a fan of sci-fi, fantasy, action or even travel TV, you're probably pretty into seeing epic landscapes, huge monolithic structures or vast expanses in space. Everything, and I mean everything, you've previously seen on TV or at the cinema that's seemed a bit big, is unlikely to prepare you for what's ahead in terms of VR. Scale works well, massively well (pun fully intended).

If you haven't tried out Titans of Space on the DK2 then try to make the effort to do so. Pester a games developer with a dev kit, or if you're reading this before 29th October then join us at the Watershed's Sci Fi: Fear and Wonder event in Bristol and take a look for yourself.

Titans of Space is a whistle-stop tour of our solar system and it's absolutely stunning – an eye-opener for what VR might do for education and beyond. There's something very special about seeing the size of Earth in comparison to our neighbouring planets and not-too-distant stars. Don't watch a demo of it on YouTube, whatever you do, experience it in its proper format and give it a go on a Rift. The. Sun. Looks. Massive.

But it's not just big stuff that looks so good – there's clearly a future creating tabletop games or titles akin to Lemmings where you'd be able to get right up close to tiny objects and characters.

So developers – have a little think about scale and how it can be played with, conveying your landscapes and characters at 1:1 ratio might make sense if you're going for a first person experience playing as a human in a real life world, but limiting yourselves to that stuff is pretty restrictive given the possibilities. 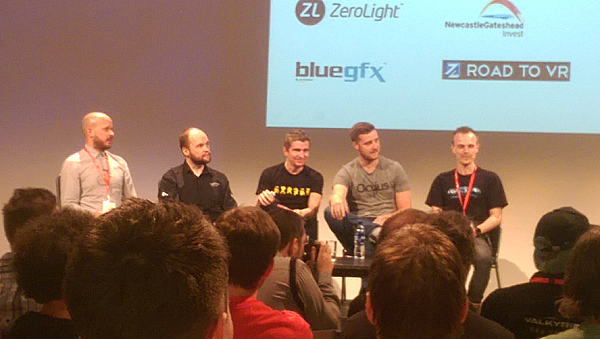 WARNING: WHAT YOU'RE ABOUT TO READ IS PAINFULLY OBVIOUS, but we've become so accustomed to employing certain visual cues when creating computer games that we need to rethink our approach for VR. Now I've warned you...

Remember that we're always touching stuff in real life – keyboards, touchpads, each other, trees, ducks, whatever – the majority of us struggle to get by without doing so. And remember that we're also always looking at things to figure out what's going on. It's not just computer monitors we look at, it's read-outs from thermostats, watches, mobile phones, checkouts, biscuits, train times and, if you're a pilot or driver – quite a lot of dials.

What we don't generally have, unless you're a Google Glass type, is a permanent HUD attached to our faces. There's no constant read-out showing us our health and the contents of our (apparently Tardis-like) pockets. Think about how we interact and read objects in the real world and apply it to your VR experiences.

Now go forth and create.